Mr Ezol did not just lose his legs, but also his children, and Zakat remains as a beacon to help him tide through and to support those who are still around with him. 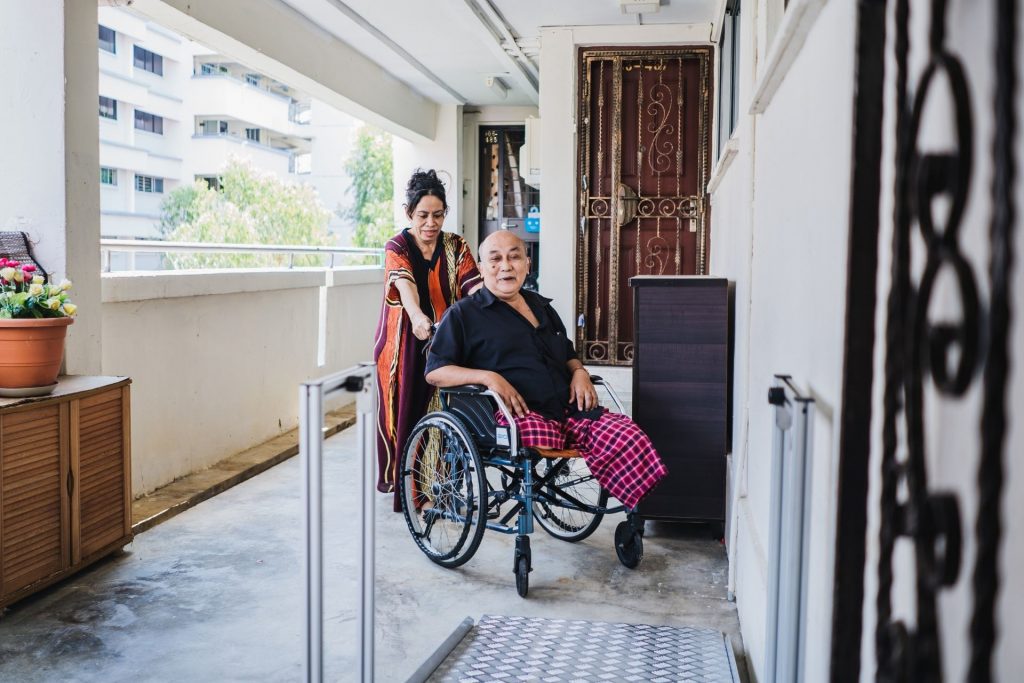 Every time there is a food ration distribution in his neighbourhood rendered by a welfare organisation, Mr Ezol Kafli Abdullah is always around.

Mr Ezol, 63, is an amputee of both of legs – a result of diabetes. Consequently, he was deemed unfit for work and hence, he relies on food rations to support his family. 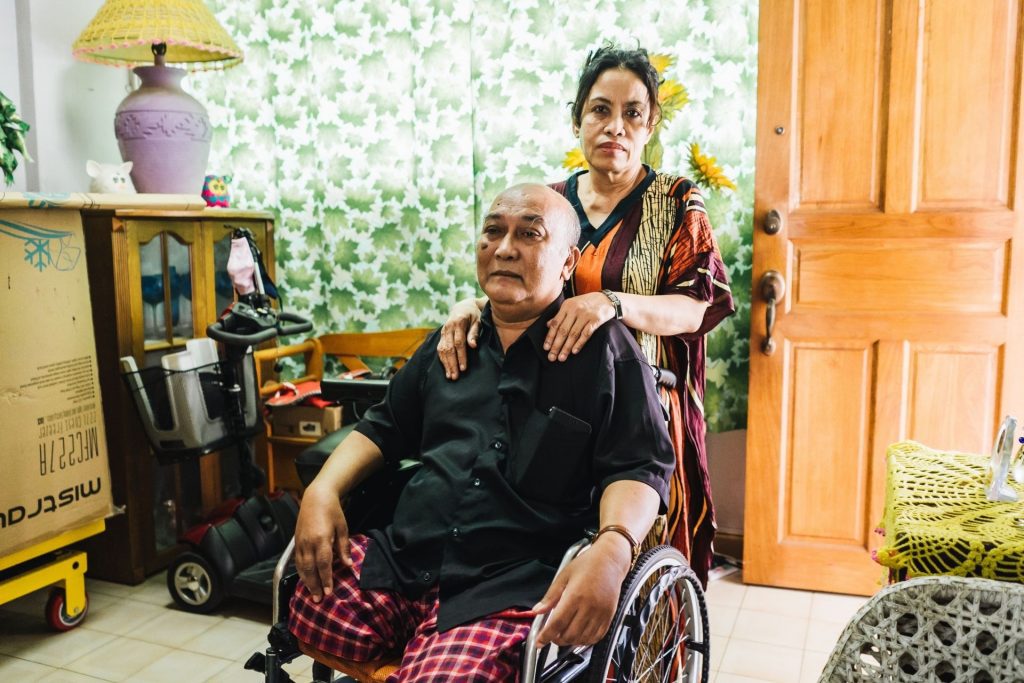 For him, the food distribution initiatives by the different welfare organisations—which are meant for the underprivileged and needy from the community club and grassroots centre in his area at Yishun Ring Road—gives him an opportunity to fulfil his responsibilities over his family.

“I enjoy working but because of my condition (as an amputee) I cannot do anything.”

“I am not picky. I receive any food rations as long as it is halal. I cannot just sit around at home and wait for money to fall from the sky. I have a wife, a child, and grandchildren who rely on me for sustenance,” said Mr Ezol.

Mr Ezol’s family has been receiving the Muis Zakat financial assistance since October 2020.

Once a normal family 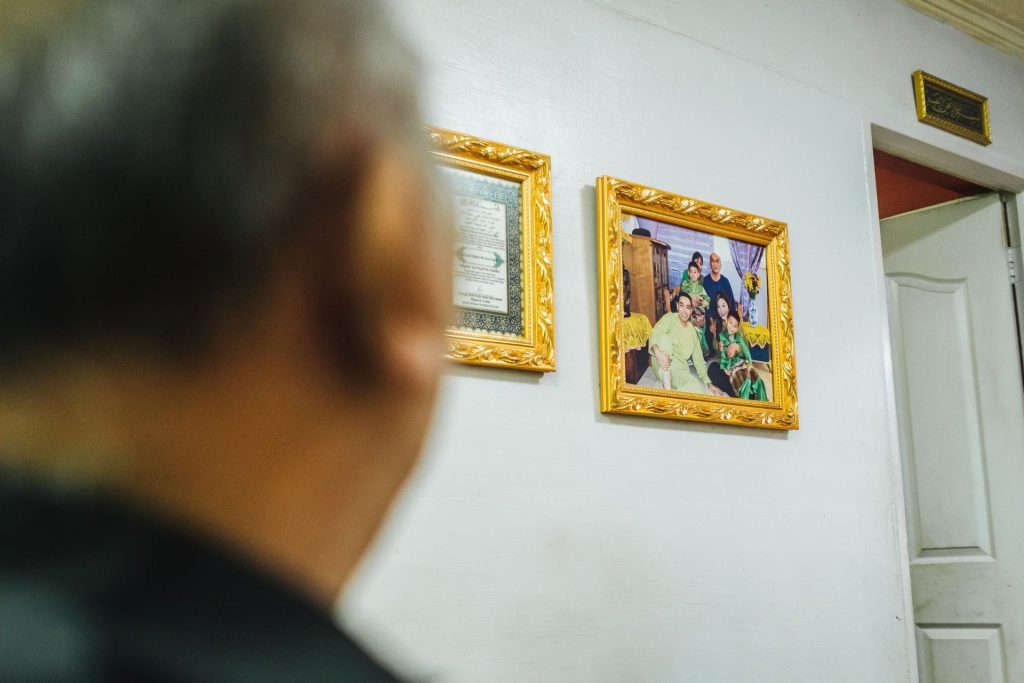 Before 2014, Mr Ezol’s family was just like any other Singaporean family. He has three children with his wife and they live in a three-room HDB flat in Yishun, which he has paid off completely.

However, since then, Mr Ezol was faced with a series of unfortunate events.

In 2014, he lost his eldest son in an accident. Not long after, he had to leave his job as a security officer—a job he has held for more than 15 years—because his left leg was amputated – a result of his chronic diabetes.

Unfortunately, it was not the end of the road of misfortune for Mr Ezol. Shortly after his amputation, his daughter (second child), passed on from a heart attack.

“I have accepted my circumstances. I am strong because I have my wife, my child, and my grandchildren,” said Mr Ezol.

Now, Mr Ezol lives with his wife Mdm Rohani Rahmat, 60, his youngest child, 15 who is in secondary three, and two grandchildren aged six and 12.

He has four grandchildren all of whom are from his daughter who passed on from heart attack. 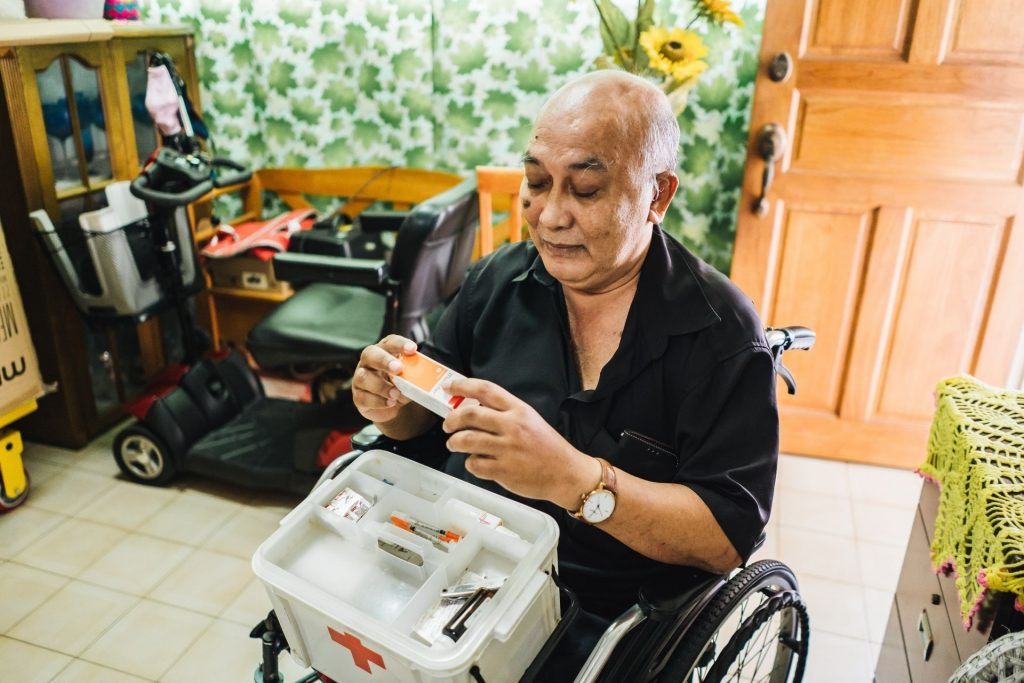 Other than diabetes, Mr Ezol also suffers from other chronic diseases such as kidney failure and heart problems.

In order to keep his diabetes in check, he has to be injected with insulin twice a day and undergo health check-up at the polyclinic once every three months.

Although he is physically-handicapped, Mr Ezol remains spirited to support his family and meet the needs of his wife, child, and grandchildren.

“I am still responsible for them but I am unable to work. Even though I am handicapped, I can still move around (with a scooter),” said Mr Ezol.

“Occasionally, I will send my grandchildren to school and do some marketing,” he added.

The Zakat assistance that he receives is used to pay the household’s utility bills and to purchase groceries and other necessities.

The balance is given to his child and grandchildren for their pocket money and transport costs.

Mr Ezol feels grateful that his financial difficulties are alleviated by the help rendered to his family. For one, his child and grandchildren are recipients of the MOE Financial Assistance Scheme (MOE-FAS) which supports their educational needs.

Other than the MOE-FAS, Mr Ezol also receives national-level assistance from the Social Services Office (SSO).

“I am thankful that I am still able to move around than being immobile in bed.”

“I am also grateful to Allah s.w.t for alleviating my burden through Zakat,” he said. 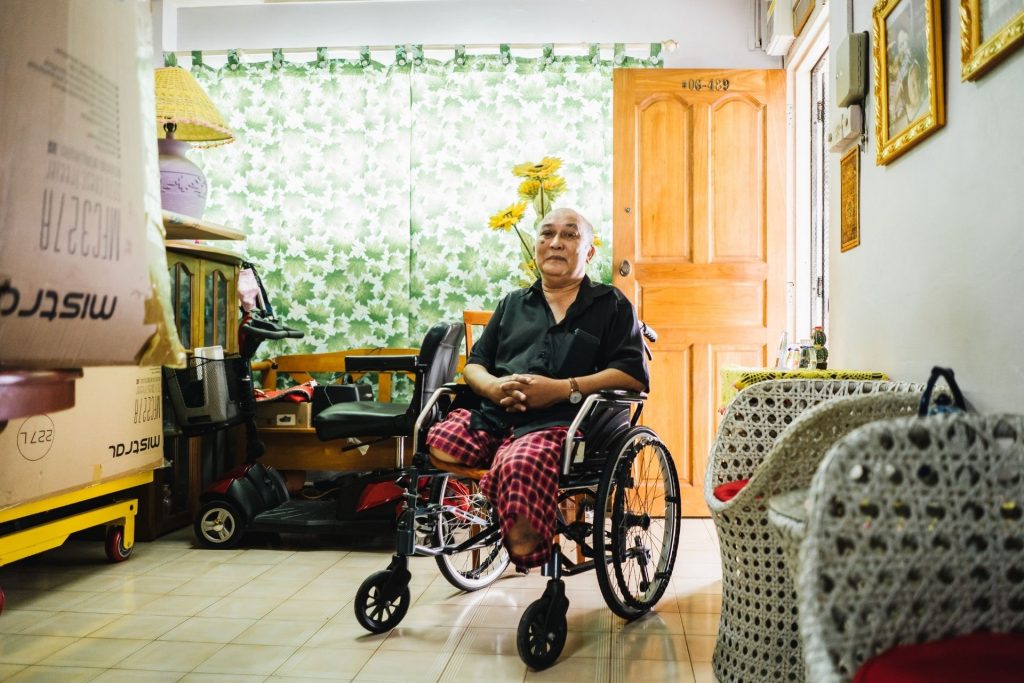 Mr. Ezol Kafli Abdullah’s family falls in two of the categories of 8 asnaf who have rights over Zakat – asnaf fakir and miskin.